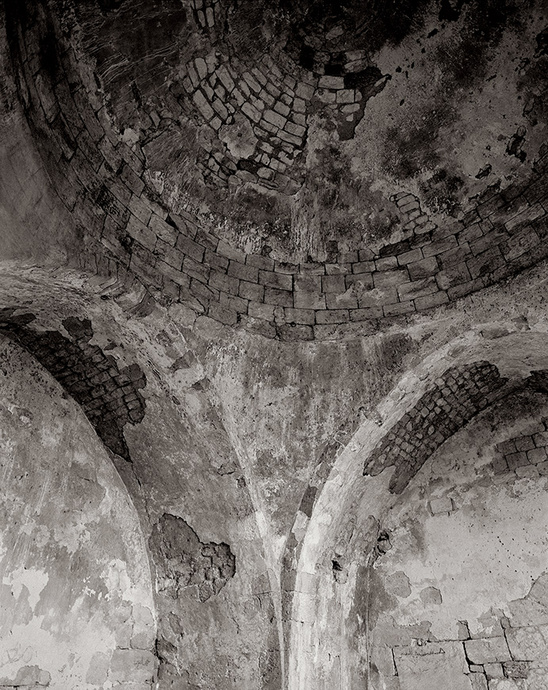 The Erasure Trilogy explores the anguish caused by the loss of memory—by forgetting, amnesia or suppression—and the resulting human desire to preserve memory, all seen through the prism of the Israeli-Palestinian conflict. Memory Trace, the first project in the trilogy, depicts the ruins caused by the Arab-Israeli War of 1948: portraits of those traumatized by violence, devastated landscapes and fragments of buildings.

This visual poem suggests the irreparable loss of a lingering past that augurs a painful and difficult future. Tracing the ironic consequences of David Ben-Gurion’s dream of settling the Negev and making the “desert bloom,” the aerial photographs in Sheikh’s Desert Bloom reveal the myriad actions that have displaced and erased the Bedouins who have lived in the desert for generations.

Here we see the extreme transformation of the landscape through erosion, mining, military training camps, the demolition of villages and afforestation. Through Sheikh’s lens the desert becomes both an archive of violence and a record of human attempts to erase it. The essential text accompanying Desert Bloom (in the publication, Desert Bloom Notes) explores the historical and contemporary clues along the shifting surface of the desert, and what lies hidden, sealed within Sheikh’s aerial landscapes of the Negev. 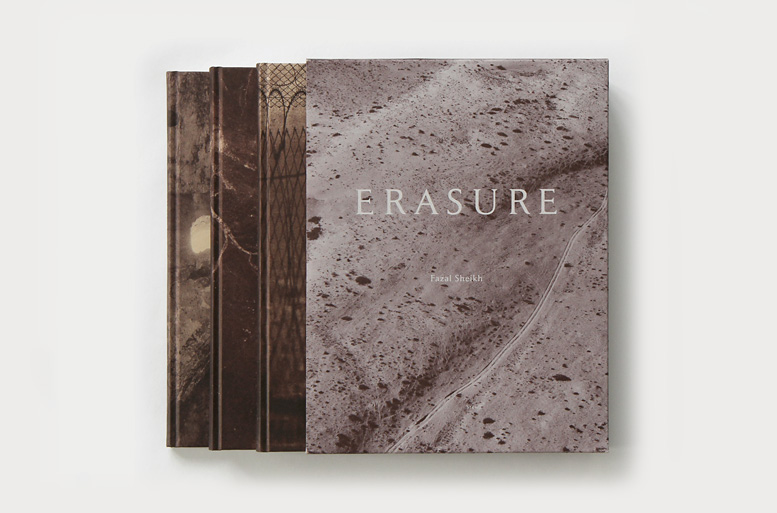 Next Memory Trace
© Fazal Sheikh – The texts and images on this website are protected by artist’ s copyright.