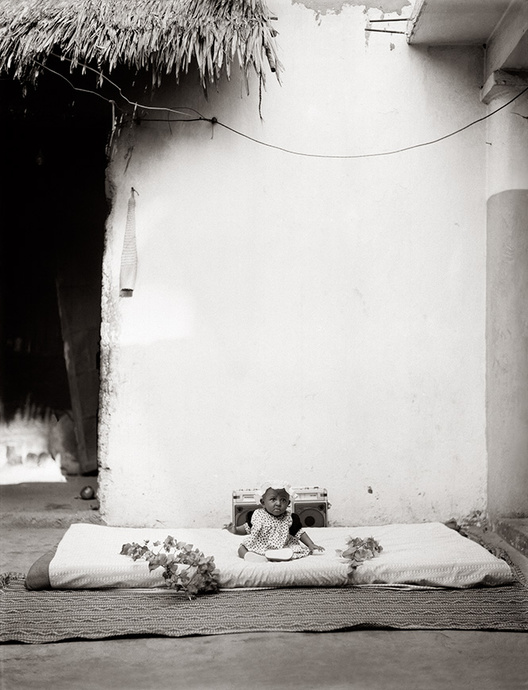 Fazal Sheikh’s first photographic projects date from the late 1980s, in Kenya, where, during his childhood and adolescence, he had spent his summers away from New York living with his father’s relatives in Nairobi.

After graduating from Princeton in 1987 he drove and hitchhiked from England to South Africa. In Johannesburg he rented a room from a woman who sheltered teenage boys just released from detention.

Over the next year he lived in Johannesburg and also traveled to the homelands, the areas designated under the apartheid system as black settlements, to which black residents of South African cities were forcibly deported.

He took very few photographs. The longer he stayed, the more complicated his understanding of the situation around him became. ‘I went with this very clear idea of what the situation was, with a sort of righteousness about it all, but as I let that wash away, I realized it wasn’t that simple.’ The trip was a turning point: it taught him that assumptions and preconceptions were dangerous, and that what mattered was what you learned about people and situations over time.

In 1992 he returned to Kenya to work. Civil wars in neighboring Ethiopia, Sudan and Somalia had forced thousands of refugees across the border and refugee camps were being hastily erected in eastern Kenya. It was in these camps that Sheikh began the work that would result in his first published book, A Sense of Common Ground (Scalo 1996).

Image Gallery
Previous A Sense of Common Ground
© Fazal Sheikh – The texts and images on this website are protected by artist’ s copyright.